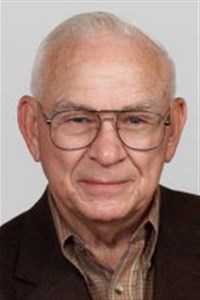 Born in Laurel, Mississippi, Clay Foster Lee, Jr. attended the Laurel Public Schools, graduating from R. H. Watkins High School in Laurel, and was the recipient of the Lauren Eastman Rogers Award as Honor Student for the entire school. He received his B.A. Degree from Millsaps College, and his B.D. from Emory University's Candler School of Theology. He was awarded the Doctor of Divinity in 1985 by Millsaps College and Doctor of Letters in 1990 by Tennessee Wesleyan College. While a student at Millsaps, he was a member of the Omicron Delta Kappa Leadership Fraternity and received the Galloway Medal for the best sermon preached by a ministerial student.

Active in the General Church, Clay Lee served as a member of the General Board of Pensions for three quadrennia, and was Chairman of the Committee on Disability of that Board from 1984 to 1988. He served as President of the General Board of Pensions and Health Benefits from 1992-1996. The Board honored Bishop Lee in 1999 with the establishment of the Clay F. Lee award to be given annually to an individual who has given meritorious service to pension work within the denomination. Bishop Lee was also named as the first recipient of the award.

He was a Millsaps College trustee from 1974-1986, and served as secretary of that Board from 1980-86. Named the speaker for the 1987 "A Protestant Hour," his sermons from that broadcast were published by Abingdon Press in a volume entitled, Jesus Never Said Everyone Was Loveable. During the 1992-1996 quadrennium, he served as chairperson of The Appalachian Development Committee. Serving on the Mississippi Religious Leadership Conference, he was elected Vice-Chairperson in 1988 and served on the Executive Committee of the Mississippi Blood Services from 1976-1984. While in Knoxville, he served seven years on the Board of Directors of The United Way of Greater Knoxville. Clay also served as Secretary of the Joint Committee on Communications of the Southeastern and South Central Jurisdictions in 1984, and Chairperson from 1992-1996.