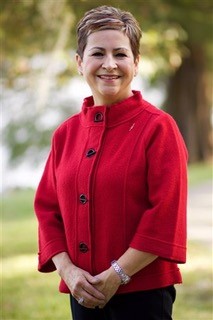 Under Bishop Harvey’s leadership, the Louisiana Annual Conference follows a mission and vision focus to lead others to an abundant life in Christ; engage in the community; learn, live, and tell the gospel story; and reach out and draw-in people from all walks of life resulting in vibrant, alive, and vital congregations. The vision and mission are undergirded by Core Values: integrity, accountability, unrelenting love for all people, courage, and risk, and holding nothing sacred but the mission. She continues to draw upon the vision and mission at every opportunity.

She has challenged faith communities to look beyond themselves and to keep an eye focused on the edge where God is at work. Bishop Harvey also has a passion for young people as they lead the church into a future filled with possibilities.

In connection with her Episcopal assignment, she currently serves as the President of the Council of Bishops, having served as the Secretary of the Council of Bishops 2014-2018. She also serves on the Board of Trustees for Centenary College and on The Perkins School of Theology Executive Board. Bishop Harvey is a board member of the United Methodist Foundation of Louisiana and past President of the Louisiana Interchurch Conference.

After graduating from the University of Texas in Austin in 1980, Bishop Harvey spent 12 years in the corporate world as a regional director of marketing for the Rouse Company, a shopping center developer with properties throughout the United States. She focused on properties in Texas, Colorado, Arkansas, and Louisiana.

Harvey went on to serve as associate pastor for The Foundry United Methodist Church in Houston from 1992-1996 and as executive pastor for Memorial Drive UMC in Houston from 1996-2008. She then moved to the position of Director of Missional Excellence for the Texas Annual Conference, serving from February of 2008-May 1, 2010. Just prior to her election as a United Methodist bishop during the 2012 South Central Jurisdictional Conference, Harvey served as Deputy General Secretary for United Methodist Committee on Relief (UMCOR).

Bishop Cynthia Fierro Harvey was born on May 5, 1959, in Big Spring, Texas. She and her husband, Dean Alan Harvey, were married in 1981. Dean is a financial advisor and owns his own firm. Their daughter, Elizabeth Grace Harvey Reames is a design specialist and makes her home in Dallas.

Dean and Cynthia love good food. They love to cook but can also give you recommendations for the best restaurants from Houston to Baton Rouge, and wherever their travels have taken them. Dean is an excellent chef while Cynthia is at his side as his sous chef (taking care of clean-up duty!)