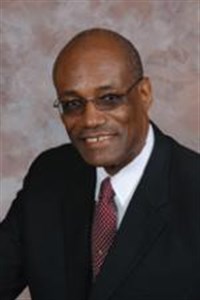 The son of William and Attrue Lyght, he was born in Salisbury, Maryland. He received the B.A. degree in history from Morgan State University and the M.Div. degree from Drew University. Princeton Theological Seminary awarded him the Th. M. degree and the D.Min. degree. Bloomfield College (Bloomfield, NJ) awarded him an honorary doctorate degree, as did Centenary College (Hackettstown, NJ) in 1996.

The Peninsula-Delaware Conference ordained Ernest deacon and elder. He later transferred to the Southern New Jersey Conference, where he served three pastoral appointments: St. Mary Street Union Parish, Burlington, NJ; The Church of The Good shepherd, Willingboro, NJ; Old Orchards UMC, Cherry Hill, NJ. He then transferred to the former Northern New Jersey Conference and served for ten years as pastor of The St. Mark's UMC, Montclair, NJ. This pastorate was followed by a seven-year term as District Superintendent of the Raritan District.

He served as a Jurisdictional Conference delegate in 1976 and a General Conference delegate in 1984, 1988, 1992 and 1996. He has served on a variety of conference, community and general church agencies/boards, including the General Board of Church and Society (1984-1992) and the General Board of Global Ministries (1992-1996). He served as a Drew University Trustee from 1983 to 2004, when he was elected as a trustee emeritus.

Bishop Lyght was elected to the episcopacy in 1996 and assigned him to the New York Area. In 2004 he was assigned to the West Virginia Area until his retirement. Ernest served as president of the United Methodist Men's Commission during the 2000-2004 quadrennium and served as a member of the General Council on Finance and Administration. He also served a second two-year term as secretary of the Council of Bishops.

Many Faces, One Church

The Confessions of Three Ebony Bishops