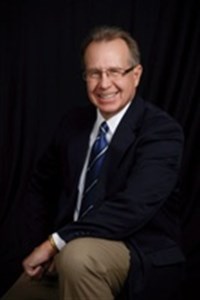 After a friend invited him to attend UMYF his sophomore year of high school, Mueller came to a point of being ready to profess his faith in Christ. His call to ministry began to emerge a few years later, while he attended the University of Kansas. He went on to receive his theological education at Iliff School of Theology in Denver, Colorado, and at Perkins School of Theology at Southern Methodist University in Dallas, Texas. He was ordained an Elder in the North Texas Conference in 1981.

Before his election to the episcopacy, he held a number of leadership roles, including delegate to the 2012 General Conference; four-time delegate to the South Central Jurisdictional Conference; chair of the North Texas Conference Ministry Center Building Committee during the design and construction of a new Conference Ministry Center; representative on the General Board of Higher Education and Ministry Task Force; and chair of the North Texas Conference Board of Ordained Ministry from 2008 until 2012.

He married Karen Goodman Mueller in 2016. Together, they have four adult children and spouses, Hailey and Stephen, Nick and Carrie, Kirk and Tiffany and Jeff and Dusty, as well as two adorable granddaughters, Madeline and Claire.

Bishop Mueller’s passion is leading spiritual revival that results in vital congregations that make disciples of Jesus Christ, who then make disciples equipped to transform lives, communities and the world.