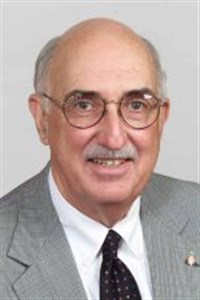 Born in Atlanta, Georgia and reared there and in Tampa, Florida, Lawrence McCleskey is a graduate of Duke University (A.B.), Duke Divinity School (B.D.), and Princeton Theological Seminary (D.Min.). He was a delegate to both the Southeastern Jurisdictional and the General Conferences in 1984, 1988, 1992 and 1996. He served from 1988-1996 as a member of the Division of Ordained Ministry of the Board of Higher Education and Ministry, and he chaired the Division of Ordained Ministry from 1992-1996. He was a member of the General Commission on Archives and History from 1996-2004, and he served as President from 2000-2004. He currently serves as Chair of the Division of Higher Education of the General Board of Higher Education and Ministry. He is a trustee of Duke University.

J. Lawrence McCleskey was elected to the episcopacy in July 1996 and assigned to the Columbia Area (South Carolina Conference). Prior to his election, he served for thirty-three years as a member of the Western North Carolina Conference, where he was appointed to churches with memberships from 35 to 3700 members. He served six years as Superintendent of the Winston-Salem District, and at the time of his election he was Senior Minister of the Myers Park United Methodist Church in Charlotte. In 2004, he was assigned to the Charlotte Area (Western North Carolina Conference) where he served until his retirement in 2008.

Lawrence and Margaret Fowler McCleskey have three children: James is Director of the Washington, DC, Office of the Governor of North Carolina. Sarah is Director of Access Services for the Hofstra University Library in New York. Matthew is an on-air host and producer with WAMU, the National Public Radio affiliate at American University in Washington, DC.