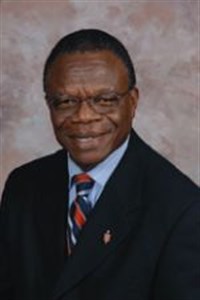 Bishop Innis was born to Philip Dwah and Conwree Innis in Grand Bassa County, Liberia. He obtained his B.Sc. in Education from the William V. S. Tubman Teachers' College. He later attended the Saint Paul School of Theology in Kansas City, Missouri, where he obtained a Master of Divinity Degree (M.Div.) in 1988.

He returned to Liberia in June of the same year and again resumed work at Camphor, this time as director of the mission station and pastor of the Garfield Memorial United Methodist Church in Tubmanville. During the height of the Liberian Civil War which started in December 1989, the mission station became a place of refuge for thousands of displaced persons. The campus remained opened until 1993 when it was raided by rebels and Rev. Innis was severely beaten and almost killed in the process.

He was, in 1994, appointed as Administrative Assistant to Bishop, the Rev. Dr. Arthur F. Kulah. Rev. Innis served in this position until 1996 when he was employed as Executive Secretary of the General Board of Global Ministries in New York. While working in the United States, He received a Doctor of Philosophy (Ph.D.) in Christian Leadership at Columbus University in Metairie, Louisiana, and a Doctor of Philosophy (Ph.D.) in Church Administration from the Institute of Christian Works, Burlington, Washington.

He is married to Irene Janjay Zeon and God has blessed their union with four children: Chenda, Janjay, Bleejay and Blason.