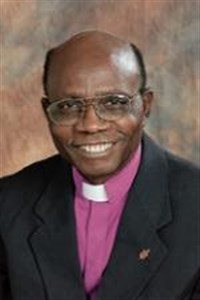 He has worked as teacher and pastor in a variety of settings, and other related positions in the Sierra Leone area, including Conference Youth Director, Director of the Ministerial Training Program, Bishop's Chaplain, Conference Council Director, and Associate Executive Secretary of the West Africa Central Conference. Volunteer positions in the Conference include Registrar of the Board of Ordained Ministry, Annual Conference Secretary. He was ordained deacon and elder by Bishop Benjamin A. Carew.

He has also served on a number of committees and organizations related to the church. He has held such positions as President, Council of Churches in Sierra Leone (CCSL); President, Inter-Religious Council of Sierra Leone (IRCSL); and Honorary President, World Conference on Religion and Peace.

Joseph Humper was serving as Conference Council Director when he was elected to the episcopacy on August 14, 1992, by the West Africa Central Conference. He was assigned to the Sierra Leone Area and served there until his retirement in 2008.