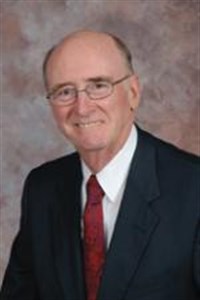 Kenneth Lee Carder was born in Washington County, Tennessee, one of five children of Allen and Edith Carder. He was graduated with honors from East Tennessee State University and Wesley Theological Seminary. In 1980 he received the Doctor of Ministry Degree from Vanderbilt Divinity School.

Ken was ordained Deacon by Bishop Roy H. Short, and Bishop H. Ellis Finger, Jr., ordained him an Elder. Ken has served churches in Gaithersburg, Maryland, Bristol, Tennessee, Abingdon, Virginia and Knoxville and Oak Ridge, Tennessee. While in Oak Ridge, he helped initiate an ongoing dialogue between scientists and theologians, including a dialogue between members of the Council of Bishops, on In Defense of Creation. He continues an interest in science/technology and theology/ethics. In addition to dialogue between science and theology, Ken has special commitment to Wesley studies, prison ministries, racial and economic justice, and ministry with those who live in poverty.