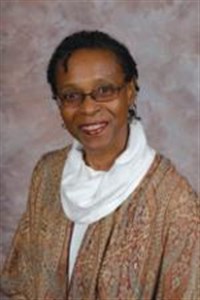 Linda Lee was born in Cleveland, Ohio. She was ordained deacon by Bishop Dwight E. Loder and was ordained elder by Bishop Edsel A. Ammons. A graduate of United Theological Seminary (M. Div. and D. Min.), Lee began her ministerial career as a chaplain intern at Adrian College prior to her graduation from seminary. She was appointed to serve Residence Park United Methodist Church, Dayton, Ohio, and then served as assistant to the dean for educational administration at Methodist Theological School.

Linda Lee was elected to the episcopacy by the North Central Jurisdictional Conference on July 14, 2000, in Middleton, Wisconsin, the first African American woman to be elected bishop in the North Central Jurisdiction. Her first assignment was to her home area of Michigan, an unusual action which had not occurred for 40 years and that required special action of the Jurisdictional Conference. Linda Lee was assigned to the Wisconsin Area in 2004, after one quadrennium of service in Michigan.

She is married to Lamarr V. Gibson, and they have three children: Garvey, a registered nurse; Amon, an educator; and Afi, a banker; and twelve grandchildren.