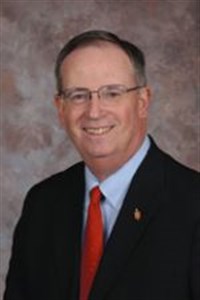 Born in Durham, North Carolina, Lindsey Davis spent most of his life in Kentucky and holds degrees from Union College, the University of Kentucky, Lexington Theological Seminary, and Kentucky Wesleyan College.

He was ordained elder by Bishop Paul Duffey, and held pastorates in the Kentucky Conference: the First United Methodist Church of Lexington, Mayo Memorial United Methodist Church, St. Luke United Methodist Church, Superintendent of the Lexington District. He was Assistant Director, Office of Educational Development at the University of Kentucky College of Medicine; Director of Educational Development, University of Alabama, College of Community Health Sciences; and Consultant for the Department of Family Medicine and Pediatrics at the University of Kentucky College of Medicine before entering ordained ministry. He co-chaired the Uniting Transition Team for the Louisville Area in 1996 and was a delegate to General Conference and Southeastern Jurisdictional Conference in 1992 and 1996.

Lindsey Davis was elected to the episcopacy at the Southeastern Jurisdictional Conference in July 1996, from the Kentucky Conference where he was Superintendent of the Lexington District, and was assigned to The North Georgia Area as of September 1, 1996. In 2008, he was assigned to the Louisville Area.