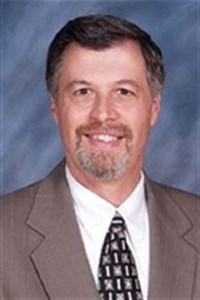 Bishop Webb holds a M. Div. from Asbury Theological Seminary and a Bachelor of Arts in Sociology from Shippensburg University. He also holds a graduate certificate in nonprofit management from the University of Connecticut. At the time of his election to the episcopacy, Bishop Webb was serving as District Superintendent of the York District of the Susquehanna Conference.

He received the Harry Denman Evangelism Award in 2002.

Bishop Webb was a delegate to General and Jurisdictional Conference in 2004, 2008, and 2012. He previously served as a director of The Board of Discipleship and a member of the Northeastern Jurisdictional Committee on Episcopacy.

He currently serves the General Church as President of Discipleship Ministries and as a member of the Connectional Table. Bishop Webb serves as the secretary of the Northeastern Jurisdiction College of Bishops and as a Trustee of United Theological Seminary. Bishop Webb was named as one of the top 100 leaders by the John C. Maxwell Transformational Leadership Award in 2018.

Bishop Webb encourages working together to develop strategies and outcomes that will bear fruit. He has a passion for leadership development, New Faith Communities, and ensuring existing congregations grow in vitality and fulfill the mission of making disciples of Jesus Christ.

Bishop Webb is a native of Williamsport, Pa., and is married to Jodi. They have two sons, Tyler (who is married to Lyndsay) and Benjamin.