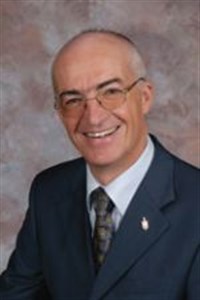 He was born in Birsfelden near Basel (Switzerland). Having graduated school in Birsfelden and Muttenz, he studied at the Theological Seminary of the United Methodist Church in Reutlingen (Germany) and at the University of Bern (Switzerland). Later he did a doctorate (equivalent to Ph.D.) on John William Fletcher.

Patrick Ph. Streiff was ordained elder in the Annual Conference Switzerland-Franceof the United Methodist Church. He served as pastor in Lausanne-Vevey, Neuchâtel and Biel/Bienne, located in the French-speaking part of Switzerland respectively on the border to this region. From 1998 to 2004 he was part-time director of the “Centre Méthodiste de Formation Théologique” in Lausanne (Switzerland), and from 1992 to 2004 he served as lecturer of modern Christian history at the University of Lausanne. His activities beyond the local church also included leadership functions on behalf of the European Section of the World Methodist Historical Society, the General Board of Higher Education and Ministry and the Historical Commission of the United Methodist Church in Europe. He served as clergy delegate to General Conference in 1996, 2000 and 2004 and was consultant for theological education and for the Advisory Committee to the Bishops in Cambodia.

Patrick Ph. Streiff was elected bishop of the United Methodist Church in Central and Southern Europe in 2005. He succeeded Heinrich Bolleter and assumed his office on May 1, 2006. His area covers twelve countries in Europe (Albania, Austria, Bulgaria, Croatia, Czech Republic, France, Hungary, Macedonia, Poland, Serbia, Slovakia, Switzerland) and two countries in Africa (Algeria, Tunisia). Besides his service in this very diverse Episcopal Area, Patrick Ph. Streiff is chairperson of the “Geneva Consultation” for theological education and leadership development in French-speaking Methodism (especially in Africa) and of the Standing Committee on Central Conference Matters. In addition he is a member of the Connectional Table, of the Study Committee on the Worldwide Nature of the United Methodist Church, of the Task Force of Theological Education and Leadership Formation and of the Task Force “God’s Renewed Creation: A Call to Hope and Action.”