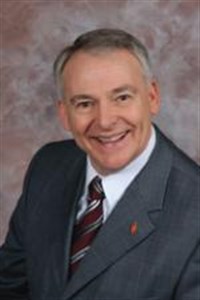 Upon his election to the episcopacy in 2008, he was assigned to the Alabama-West Florida Conference for eight years. Later, he was assigned as the Resident Bishop of the Western North Carolina Conference of The United Methodist Church in July 2016.  He began his duties on September 1, 2016.

Leeland was ordained by Bishop Robert Blackburn in 1976. As a member of the North Carolina Conference, he served small, medium, and large membership churches. He served as the District Superintendent of the Goldsboro District.   And he was appointed Assistant to the Bishop and Director of Ministerial Relations serving under two bishops for a total of eight years.

Leeland was elected as a delegate to Jurisdictional Conference beginning in 1988 and consecutive years through 2008. He was elected as a delegate to General Conference in 2000, 2004, and 2008. He has served on general conference boards and agencies. In 2007, he was the recipient of the Red Shoe Award, presented by clergywomen of the North Carolina Annual Conference for “encouragement and support of women in ministry through advocacy, appointment, mentoring and friendship.”

In 1968, Janet Elaine Dowell and Paul Lee Leeland were married. They have three married children: Rebekah, Nora, and Paul Andrew. They have four grandchildren: Ryon, Joshua, Andrew, and Madeline.