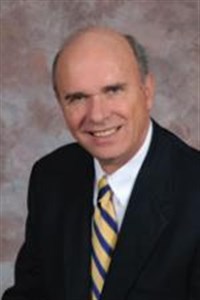 Bishop Peter D. Weaver is a Retired Bishop of The United Methodist, having served from 1996-2012.

He was born into a parsonage family in Greenville, PA. He received degrees from West Virginia Wesleyan (B.A.), Drew University (M.Div.), and Boston University (Th.D.) and honorary degrees from Albright and Lebanon Valley Colleges.

Ordained deacon and elder in the Western Pennsylvania Conference, he served the Whitaker United Methodist Church, Smithfield United Church, and First United Methodist Church of Pittsburgh. Inclusive ministries with urban youth, the poor, industrial workers, the homeless, the arts, young adults, and older adults were developed during these pastorates with a focus on "making disciples of Jesus Christ." During these years, Pete served on many community Boards, was adjunct faculty for Drew and Pittsburgh Theological Seminaries, produced weekly radio programs, and helped found Bethlehem Haven for Homeless Women and "One Voice Against Racism." He was a delegate to the 1984-1996 General Conferences and chair of the Mission Division of the General Council on Ministries.

Elected to the episcopacy in 1996, Peter Weaver served the Philadelphia Area (Eastern Pennsylvania and Peninsula Delaware Conferences) from 1996-2004. During this time, more than thirty new congregations were started, and he helped found "Good Schools Pennsylvania," focusing on public education reform. In 2004, he was assigned to the Boston Area (New England Conference) which is "focusing on being "Transformed by the Holy Spirit, united in trust, and boldly proclaiming Christ to the world."

Pete was the first President of the Council of Bishops to be nominated by the "discernment process" and elected for a two-year term (2004-2006). He has also served on the General Commission on Christian Unity and Interreligious Concerns, and the General Board of Global Ministries. He has been an active member on the Boards of five colleges and universities and has worked with Jim Wallis and others to "Make Poverty History."

Pete is married to the former Linda Sells.