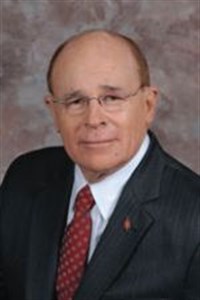 Richard "Dick" Wills was born in Texas, graduated from Florida Southern University with a B.S. in psychology and received his M. Div. from Candler School of Theology, Emory University. He was granted honorary doctorates from both Bethune-Cookman College and Florida Southern College.

Dick accepted Christ and felt the call to be a pastor while in the seventh grade in South Houston, Texas. His family moved to Miami, and Dick was ordained in the Florida Annual Conference as a deacon and as an elder. For 18 years he served as senior pastor of Christ Church United Methodist in Ft. Lauderdale, Florida. It was while serving there a friend suggested he attend the World Methodist Evangelism Conference in Johannesburg, South Africa. This was the beginning of spiritual renewal in his life that deeply affected his life and leadership in the church. In 2000 Dick authored the book, Waking to God's Dream.

Martin Luther King, JR., and the Image of God