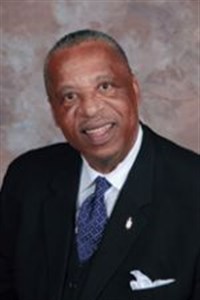 He was born in Houston, Texas, to Dr. Robert E. Hayes, Sr., and his wife, Dorothy Willis Hayes. Following in the tradition of his grandfather and father, Bob is the third generation of Methodist ministers in his family. Growing up in a Methodist parsonage, the call to ministry came early, and at age 13, Robert gave his life to Christ. He says that his life was shaped by his father's preaching and his mother's knowledge of the great hymns of our Methodist heritage.

Bob completed his undergraduate studies at Huston-Tillotson College in Austin, Texas, majoring in English, and did his seminary graduate work at Perkins School of Theology, SMU, Dallas, Texas. He later completed his D.Min. at Drew University, Madison, New Jersey. He was ordained both a deacon and an elder by Bishop Kenneth Copeland in the Texas Annual Conference. He has served McCabe UMC, Longview, Texas, Blueridge UMC, Houston, Texas, and the Riverside UMC, Houston, Texas. He also served as Superintendent of the Houston Southwest District and Conference Treasurer of the Texas Annual Conference (2001-2004).

Robert E. Hayes, Jr., was elected to the episcopacy by the South Central Jurisdictional Conference in Corpus Christi, Texas, on July 15, 2004, the first of four bishops that were elected, and was assigned to the Oklahoma Area.

Bishop Hayes has served on numerous boards and agencies. Robert Hayes is married to Deliliah "Dee" Bernard Hayes. He is the father of three grown children: Joya, Robert III, and Ryan.