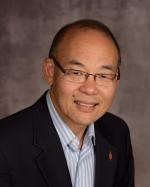 A sansei, or third-generation Japanese-American, Bishop Hoshibata was born and raised in Hawaii. He learned to know Jesus Christ and grew to love the church through the ministry of Wahiawa United Methodist Church in the plantation town of Wahiawa.

Following graduation in 1973 from Wesleyan University in Middletown, Connecticut, with a B.A. with high honors, he studied at the Claremont School of Theology where he graduated with a D.Min. degree in 1977. While in seminary, Bob was named a Crusade Scholar and ordained deacon in 1974. After graduating from seminary, Bob was appointed to serve the North Gardena United Methodist Church and was ordained elder in 1979. After 7 years at North Gardena, Bob moved to the Pacific Northwest Annual Conference in 1984. For 14 years, he served as senior pastor for the Blaine Memorial United Methodist Church in Seattle, Washington.

At the invitation of Bishop Elias G. Galvan, Bob was appointed Seattle District Superintendent until his election to the episcopacy in July of 2004 by the Western Jurisdictional Conference. Upon election to the episcopacy, he was assigned to the Portland Area (2004-2012), and in 2012 was assigned to the Phoenix Area (Desert Southwest Conference) then reassigned in 2016.

Bob and his wife, Greta were married in 1974 and have three adult children.