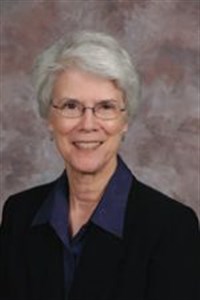 Bishop Sharon A. Brown Christopher is a retired Bishop of The United Methodist Church in which she served from 1988-2008.

A native of Corpus Christi, Texas, she is a graduate of Southwestern University, Georgetown, Texas, and has a Master of Divinity degree from Perkins School of Theology, Dallas.

In July 1988, was elected to the episcopacy by the North Central Jurisdictional Conference. Her first assignment in that role began in September 1988 as Resident Bishop of the Minnesota Area. In 1996, she was assigned to the Illinois Area.

She is married to the Reverend Charles E. Logsdon Christopher. In their family they have two children, Jeffrey Charles and his spouse Julie, and their daughter Eleanor, and Amy Logsdon Warner, her spouse, Richard, and their son, Max.