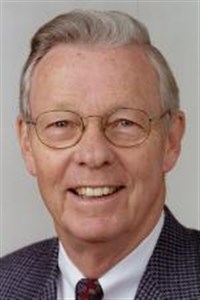 He was born in Winston Salem, NC. His twin brother, Richard, was born 15 minutes earlier, so the story goes. After receiving an A.B. degree at Davidson College, he attended Duke University Divinity School, where he received a Master of Divinity Degree.

He served for one quadrennium on the General Board of Higher Education and Ministry and has served various Boards and Agencies in the Annual Conference as well as serving as Trustee of several Colleges and Homes in the Western North Carolina Conference. He served two quadrennia on the General Board of Discipleship as Chairperson of the Curriculum Resources Committee, and two quadrennia as Vice Chair of Evangelism.