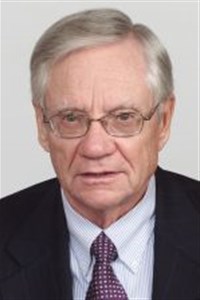 William Bryant Lewis was born in Pinckneyville, Illinois, the third child of Harmon Eracie Lewis. Sr., and Ethel Brown Lewis. The family moved to Carterville, Illinois, and Bill grew up and attended public schools there, except for a WWII interlude when his father followed the defense industry and the family lived for a while in Metropolis, Illinois, and Knoxville, Tennessee.

Graduating from Carterville Community High School, he responded to a call to the ministry and entered Southern Illinois University. After receiving an A.B. degree from SIU he attended Perkins School of Theology and Vanderbilt Divinity School for two quarters each, then completed his M.Div. at Drew Theological School.

Following a year of graduate study at Drew, Bill returned to the Southern Illinois Conference and was appointed to the Vienna Methodist Church. During the next two years he continued his graduate studies at Vanderbilt University and completed his Ph.D. there. During the years at Vienna a Larger Parish was developed under Bill's direction that encompassed a two-county area and included 26 churches.

Following pastorates at Murphysboro and Edwardsville of six and eleven years respectively, Bill served a term as Superintendent of the Carbondale District. In 1986 he was appointed Pastor of Union United Methodist Church, Belleville, Illinois, from which he was elected to the episcopacy by the North Central Jurisdictional Conference in 1988. He was assigned to the Dakotas area and served there until his retirement in 1996.

Janet Mae Dean and Bill Lewis were married in Carterville, Illinois on December 23, 1951. Their three children, Becky, Connie, and Brad, are married and all three families live in Edwardsville, Illinois, where Bill and Janet now make their home in retirement. There are seven grandchildren.